Understanding the key of the song is important. Self taught as a musician, I found learning some theory to be very useful. Understand theory to make all the difference.

First of all, what is a Key and how does it relate to music? A key, is the tone in which a song is played in. For example, typically a song beginning with a certain chord, will be the key the song is in. 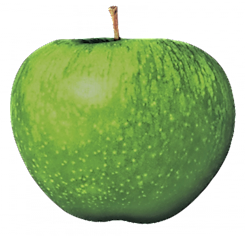 A song by the Beatles, Let it Be, begins with the chord of C Major. This song is therefore in the key of C. This is useful, because once you know the key of the song, you can begin to determine the remainder of the chords that are used in that song. We know that the standard chords for the key of C Major are, C, Dm, Em, F, G, Am and B diminished.

Each one of these chords has an assigned corresponding position as well, simply numbered, 1 thru 7. C major is 1, Dm is 2 and so forth. Each chord begins with its root note. So chord C has the root note of C, Dm has the root note of D and so forth. Were you to play the single notes of C through B, in a scale, you would have the major scale. This is commonly taught as do – ray – mi – fa – so – la – ti. A good point of reference is found here at the Major Scale page.

Ready to get started?

Email us for a song to be put into a lesson or to inquire about premium lessons.